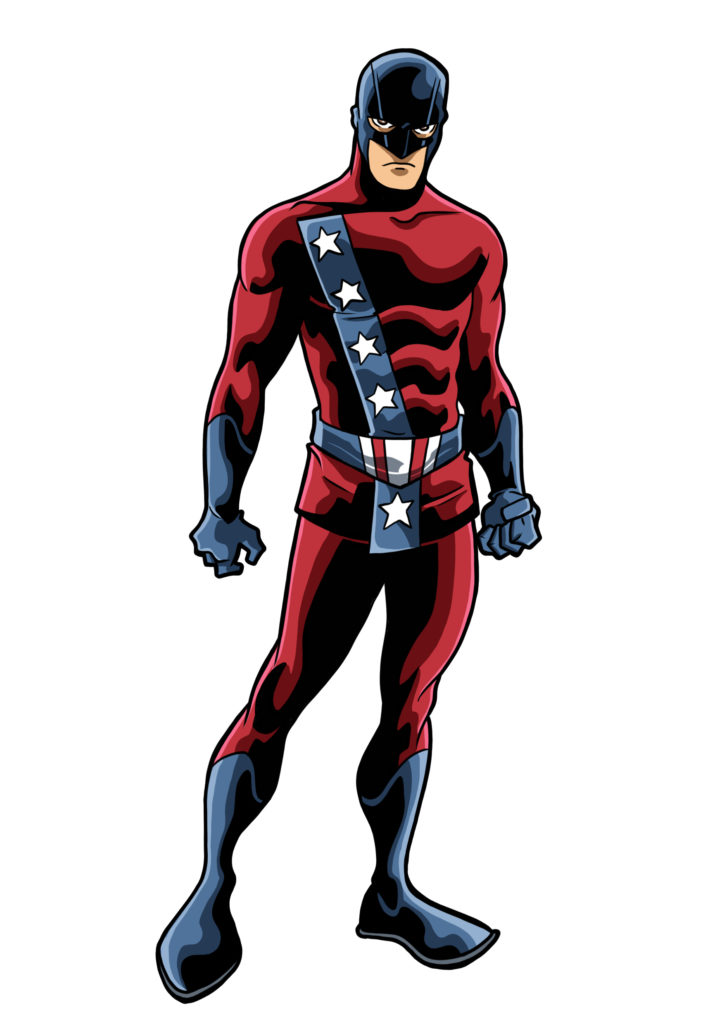 Jim Courtney was found as an infant on the doorstep of John “Old Glory” Courtney, a crippled war veteran and flag maker, June 14, 1920 (Flag Day). John discovered that Jim had an American flag birthmark on his chest. On his 21st birthday, Jim was visited by the apparent spirits of George Washington and Abraham Lincoln and told that he had “the speed of the wind and the strength of a 100 men” as well as invulnerability to all weapons.