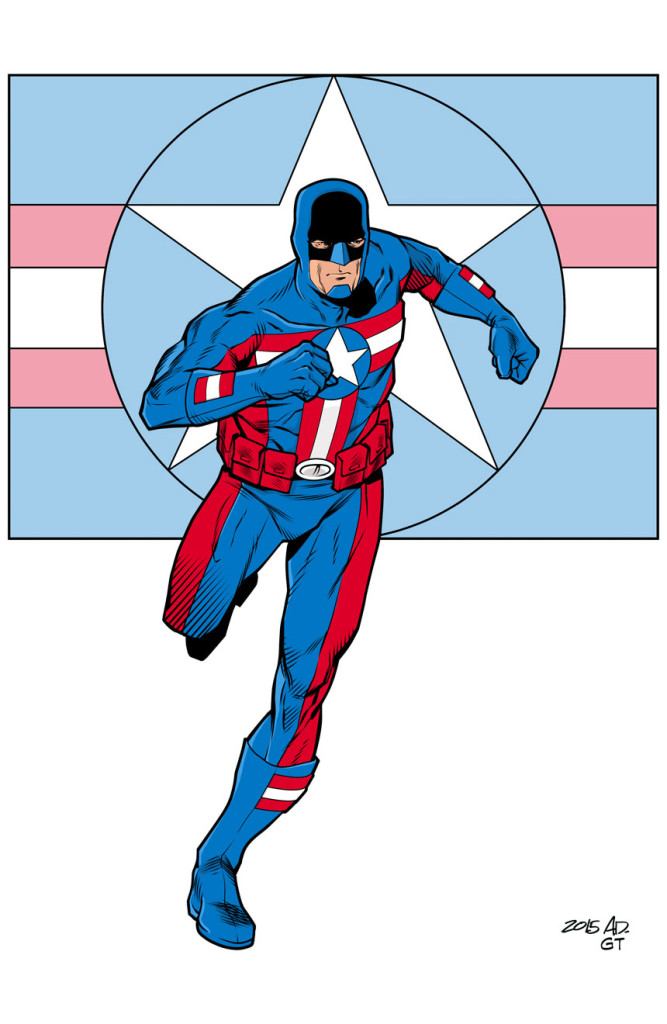 In the closing days of World War II, an alien spacecraft was discovered by the US and USSR. A single living alien being was found alive on board, but with fatal injuries. It survived long enough to be studied by teams from both sides. A small device was removed from it, and it’s dead companion. Eventually, it was determined that the device served to enhance physical ability (muscle tone, flexibility, reflexes, pain tolerance, endurance, eyesight, hearing, etc.).

One device was implanted in a volunteer for the US Army. He became known as The Guardsman.