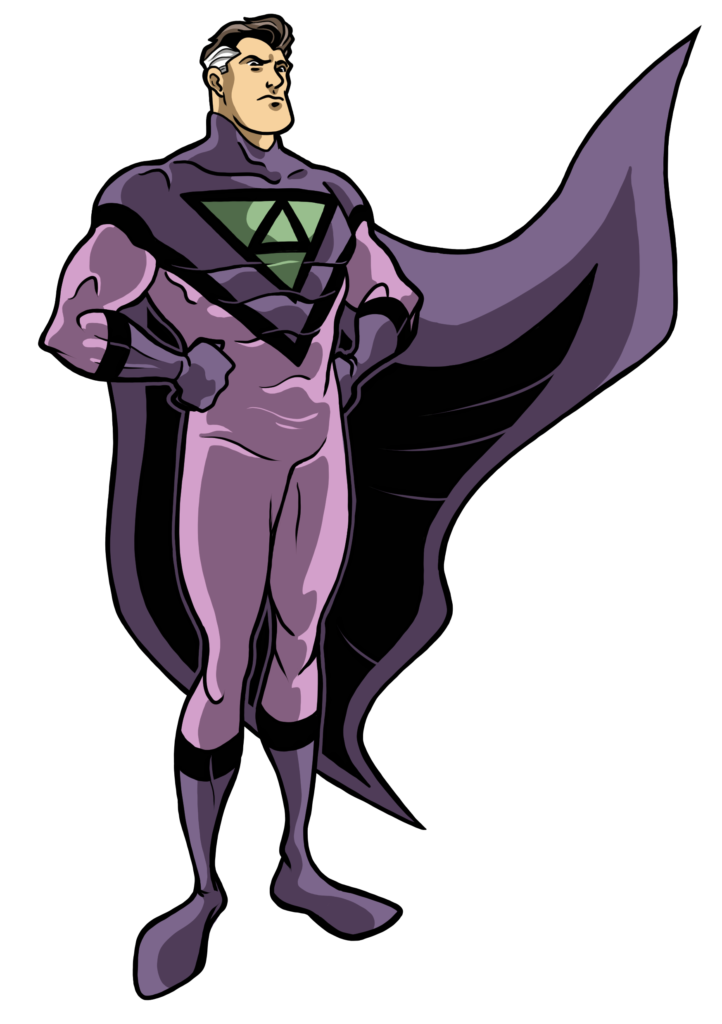 Kirk Vane was an accomplished astronomer. While studying the astronomical data in a Mayan temple, he and his wife were trapped when part of the temple collapsed.

Making a psychic connection with a symbol on one of the glyphs, the symbol glowed and manifesting as a spinning object in front of him, beckoning him to accept its ‘gift’. Doing so, he found himself empowered as The Hyperian.

Operated for years as one of the Planet’s Ultimate Super-Heroes, receiving honors from world leaders. He licensed his likeness and allowed it to be used for television shows, movies, action figures, etc., from which all the revenue was directed to a variety of charities.

In order to save Earth from a threat, he forced the creature into a black hole. From Earth’s perspective, only a short time passed; from his, a decade.