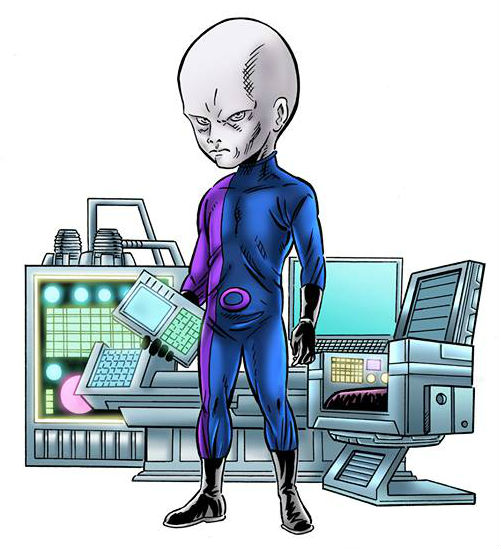 Meticulous, precise, and a long term strategist, IQ has truly earned his nickname, the Kasparov of Crime. Able to synthesize data from multiple sources into a step by step plan, he is often at at loss to consider the human element in his plans.

A brilliant, withdrawn youth, during adolescence his brain and head began to grow, expanding his intelligence to superhuman levels. Already an outcast, he turned his attentions to planning crimes for others, a modern Moriarty, for a percentage of their take. Quickly creating a vast criminal network, he expanded his operations worldwide. His direct employees are all geniuses in their own right.

He runs his regime with a long term view of the board, moving his pieces, sacrificing the occasional pawn, all in furtherance of his plans for global dominance in his self-created game of acting as consultant to the world’s criminals.

Although a dangerous force for evil, his existence is generally unknown, except to the criminal element he serves.