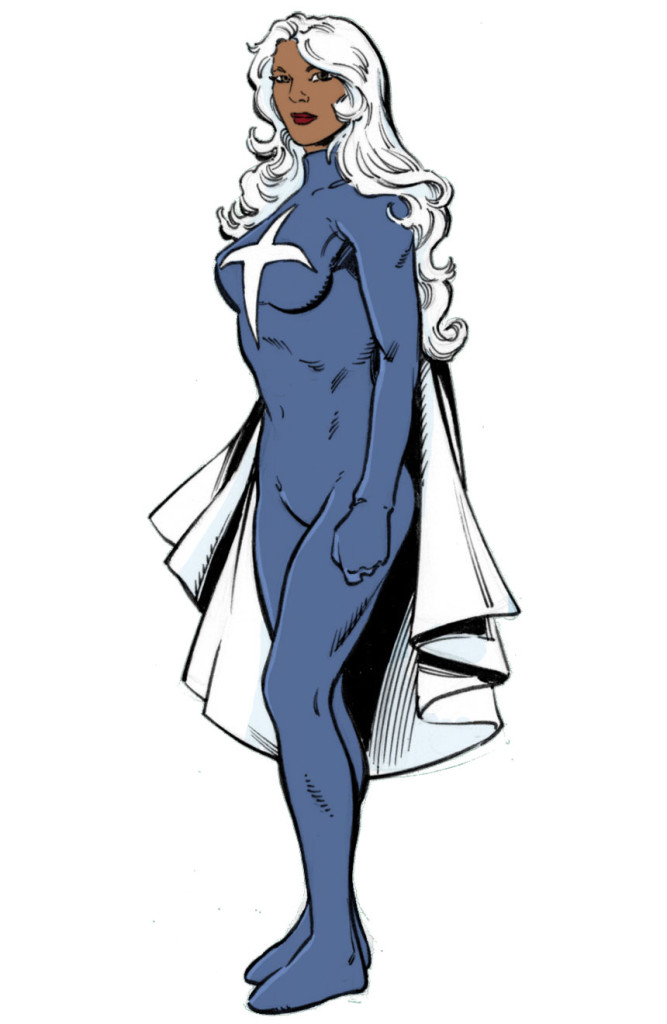 While a young girl in India, she began to manifest unusual abilities that she was unable to control. At first, she and her family kept her abilities a secret, and she gradually learned to control them to some degree. Eventually, however, she was found out. The religious leaders of her village viewed her as a threat to their power, so they decided to kill her. Unfortunately for her, one of the men possessed superhuman abilities and was able to call upon a lightning storm to rip her apart. She disappeared, apparently ripped apart by the winds.

Like the mythic Phoenix, she resurrected – transformed from a girl to a woman with white hair. She returned to her village and removed the men from power. She was hailed as a hero and with her parents’ blessing went out into the world to continue her work.

Optima is one of the most powerful metahumans operating on Earth today.