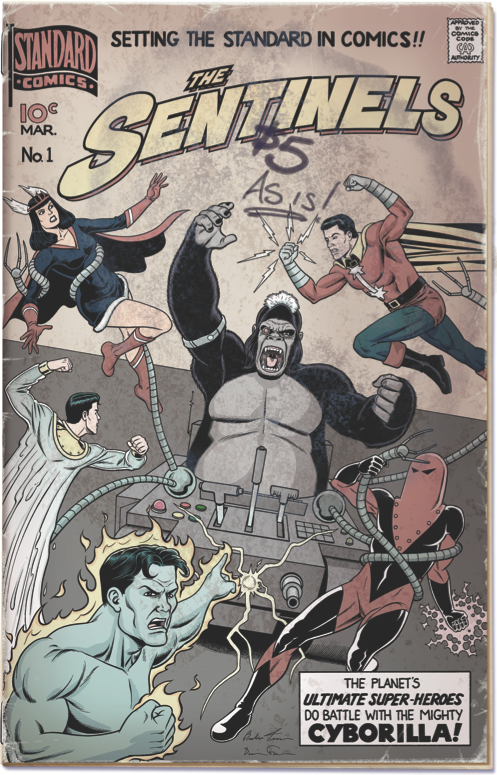 “The Planet’s Ultimate Super-Heroes Do Battle With the Mighty CYBORILLA!”

The Simian Savant, Cyborilla, attacked the United Nations building in New York, in an attempt to take over the world…by due process. At least in his mind it was. Five heroes responded to the call: Nelvana, who was coincidentally at the UN to plead for fair treatment of the Inuit population of the north; TNT Todd, also there, but in his guise as an FBI agent; Man o’ Metal, investigating a case; Hydroman, who was attending a nearby scientific demonstration with the final member of the team, Magno. The Sentinels formed in response to the threat. With the immediate threat removed, the team decided to continue to operate together.

Art by Brendon and Brian Fraim and Christopher Ivy.