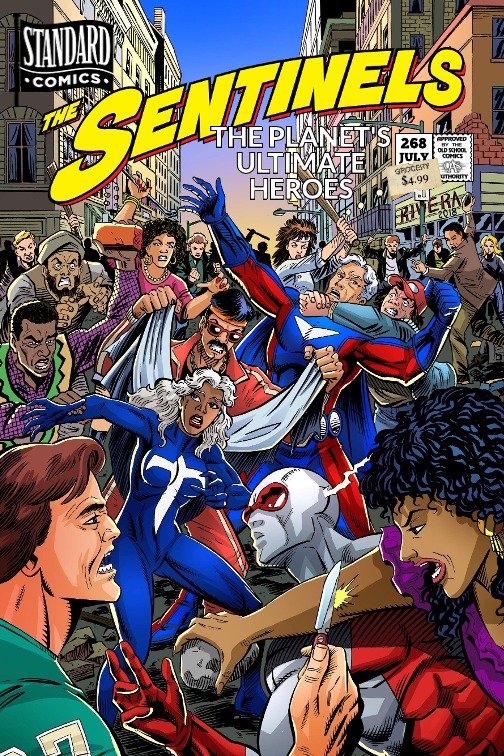 is the latest issue in the series, following on the heels of the “Forced Labor” comic successfully funded via a Kickstarter campaign!

STANDARD COMICS is based around the idea: What If there were a third big North American comic company publishing superhero stories since the Golden Age? The series is designed to be a Bronze Age bonanza where you can discover comics from a parallel universe that have found their way into a back issue bin at your local comic shop.

The last issue was funded via Kickstarter, and I’m in the final stages of launching the next (shooting video, some graphics) AUGUST 20th 2018, so I hope that, if you’re a fan of the JLA and Avengers stories from the 70s/80s that you’ll check it out and back it when it launches.

Whenever I announce something there that interests you, please consider giving it a share.

Kickstarter campaign launches soon (late July/early August 2018), so stay tuned for details. You can get a free PDF comic sampler and join the Mailing List HERE.

You can have your original character appear in the book as one of the main villain’s goons/minions/henchmen!

So, I don’t need your planet killers or world conquerors, but I do need your assassins, mercenaries, costumed bank robbers, hired muscles, and so on. They will appear in conflict with the Sentinels. There are three parts where they could appear:

1. A two page scene where they get defeated and hauled off by the cops.

Your character(s) in battle against my heroes — it’s a match made in heaven! You obviously retain all rights, and we get to feature your character in the book! Sweet!

Illustrated by Luis Rivera. Luis is a penciller and inker, having worked for Old Skull Comics, Pilot Studios, and Standard Comics who brings an old-school (as in, “old school is the best school”) look to his work.

A one-and-done story featuring Optima, UltraMan, Raven, Crimson Streak (who’s appearing in Coalition Comics‘ Power Company series), and some of the other members of the Planet’s Ultimate Super-Heroes, the Sentinels. 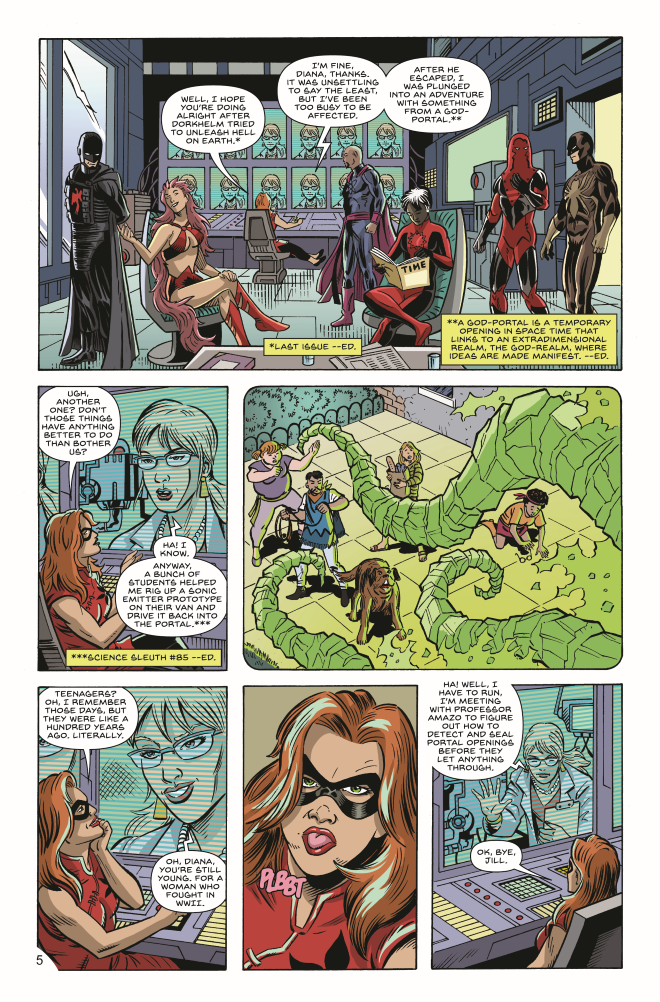 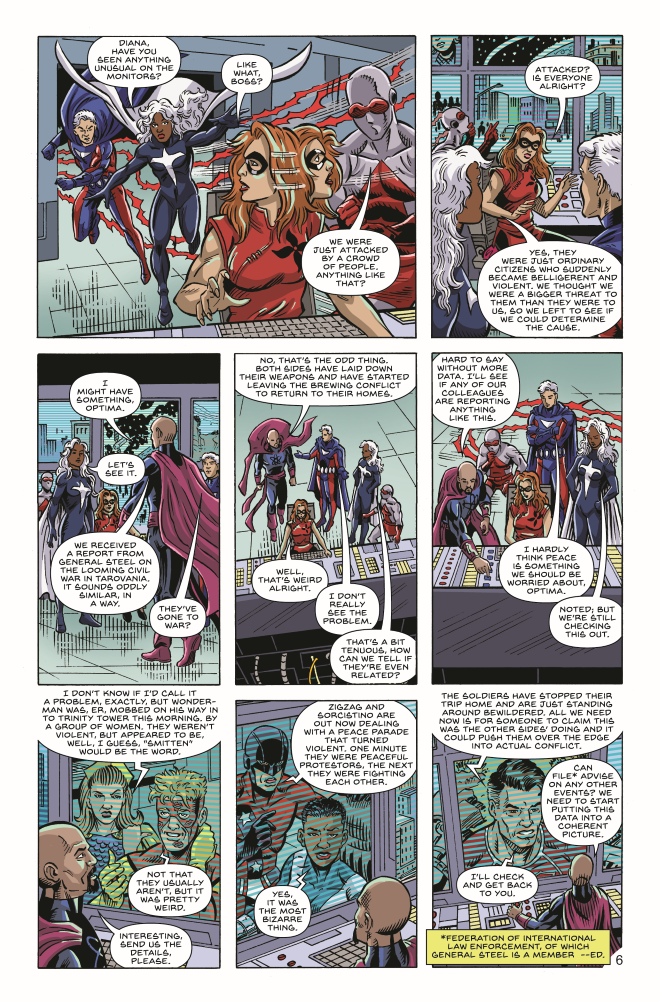 Art by Luis Rivera and Escomic!