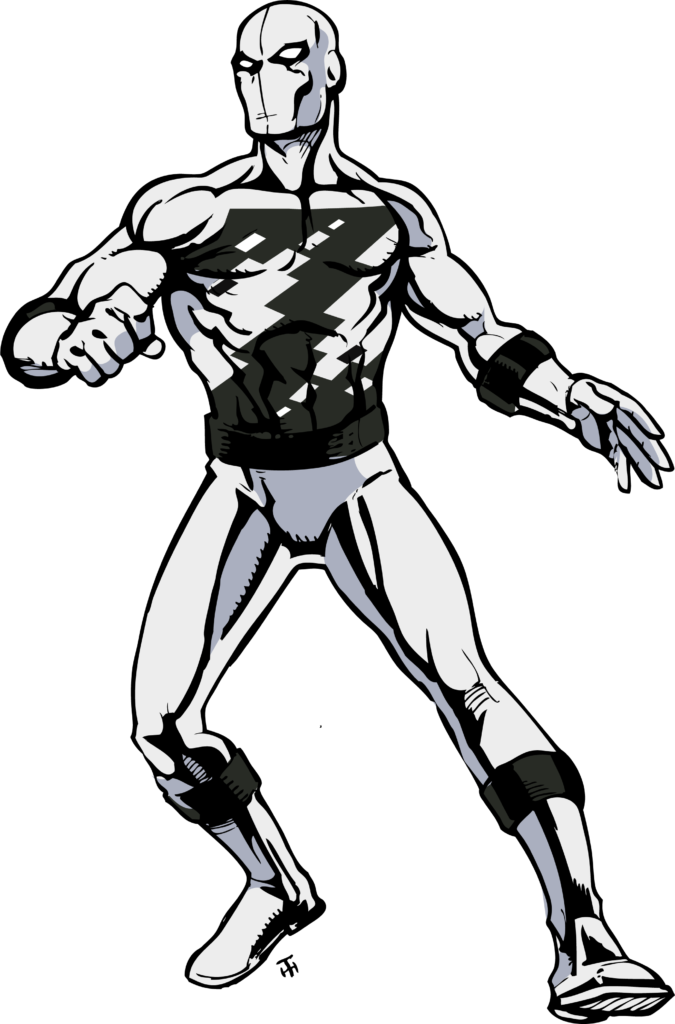 As a child, Robert Weir was a fan of the sci-fi series Mysterious Realms. In particular, he enjoyed the episode which featured a being capable of teleporting through space, “Zig-Zag”. The idea of achieving real world teleportation captivated him and when he obtained his doctorate, his aim was to perfect actual teleportation.

Working with Professor Amazo, the teleportation circuitry being used in the experiment became fused to his body. He can teleport, or transfer matter (beings/objects, including himself) from one point to another without traversing the physical space between them.